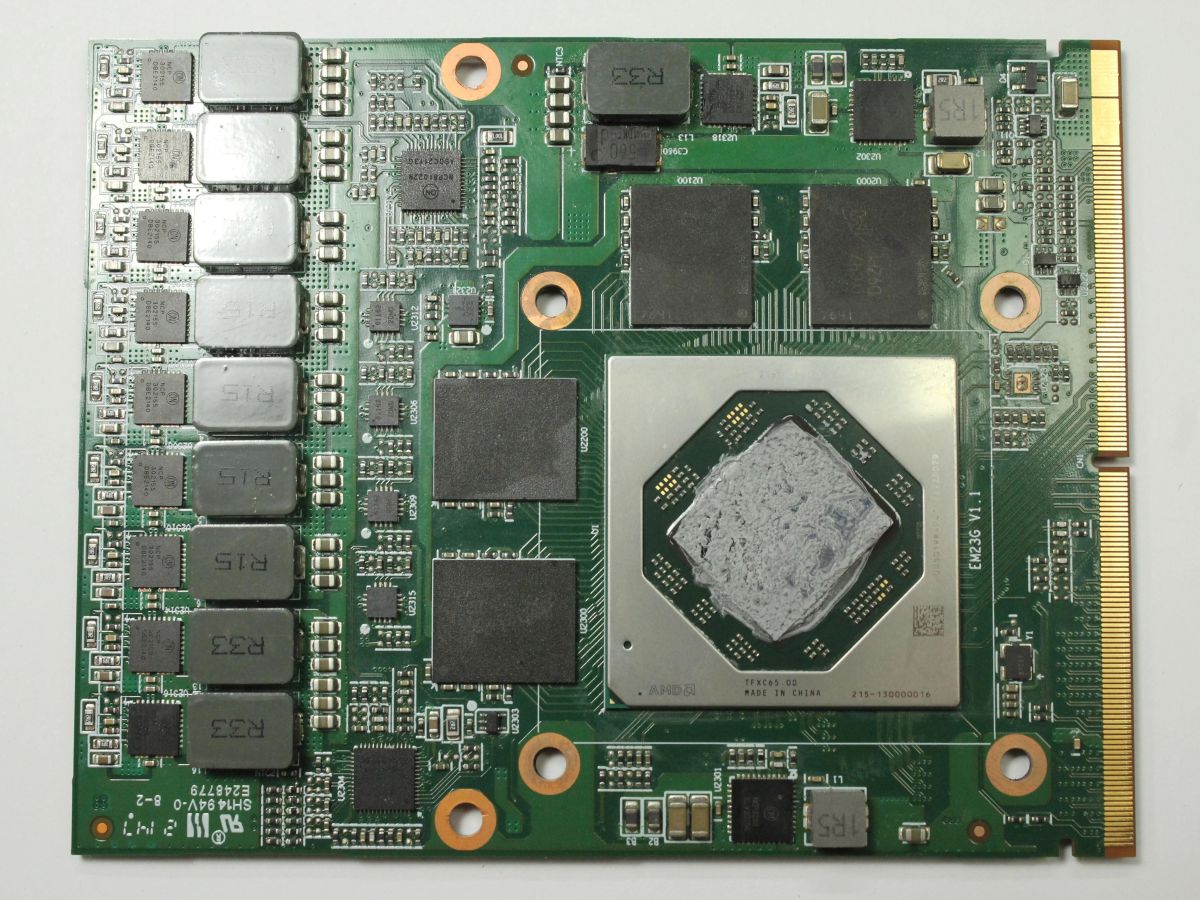 The Radeon RX 6600, one of the best graphics cards on the market, has emerged in a rare MXM (Mobile PCI Express Module) form factor. Redditor SurfaceDockGuy (opens in new tab) has somehow acquired a Radeon RX 6600 MXM and tore it down to examine its interior. While the MXM form factor typically is found inside laptops, this particular Radeon RX 6600 module is probably for eGPU enclosures or servers that accept the format.

AMD’s Navi 23 silicon, which measures 237 mm², resides at the heart of the Radeon RX 6600. The Redditor noted that the Radeon RX 6600 MXM utilizes a 10-phase power delivery system with what appears to be two NCP81022 4+1 voltage controllers in tandem. Therefore, It’s plausible that seven phases power the Vcore, whereas the remaining three phases cater to the GDDR6 or SoC. Furthermore, an integrated OnSemi 55A power stage administers each phase, as SurfaceDockGuy reckons. Therefore, it would seem that HIS (Hightech Information System Limited) is the manufacturer behind the Radeon RX 6600 MXM.

According to the Redditor, the AMD driver detects the MXM as a vanilla Radeon RX 6600, so the number of stream processors is intact. In addition, it arrives with four 16Gb Micron GDDR6 memory modules. However, the TDP is substantially lower, given the compact form factor. The firmware reportedly fixes the TDP at 75W. For comparison, the desktop Radeon RX 6600 features a 132W TDP, whereas the mobile Radeon RX 6600M sits at 100W. Therefore, the MXM variant is the slowest of the trio. However, the Redditor could unlock the power limit via MorePowerTool, a popular Radeon tweaking, and overclocking tool, and set the TDP past 130W.